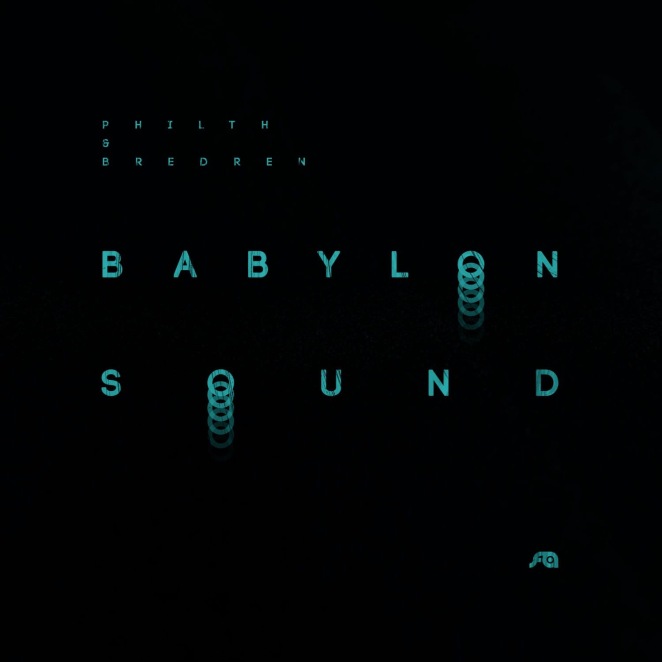 My latest EP is a very special one for me – written with my close friends Bredren and on a label that has been pushing my sound since the very start, Flexout Audio.

We wrote the EP over the course of a long weekend last December, via visits to Innersoul and 1985 nights to soak up some vibes and the DnB Awards to celebrate it’s completion and soak up some rum! Four tracks that sum up what we love about drum & bass music and really demonstrate our sound – the Babylon Sound.

The response to the EP has been absolutely amazing, huge thanks to you guys out there supporting. Our launch party was rammed out and full of vibes, and the EP is selling so well that we have poked our head out from the world of DnB and are currently chilling with the house and techno boys in the Top Ten Releases all-genres on Beatport  – up at #7 a few days back. 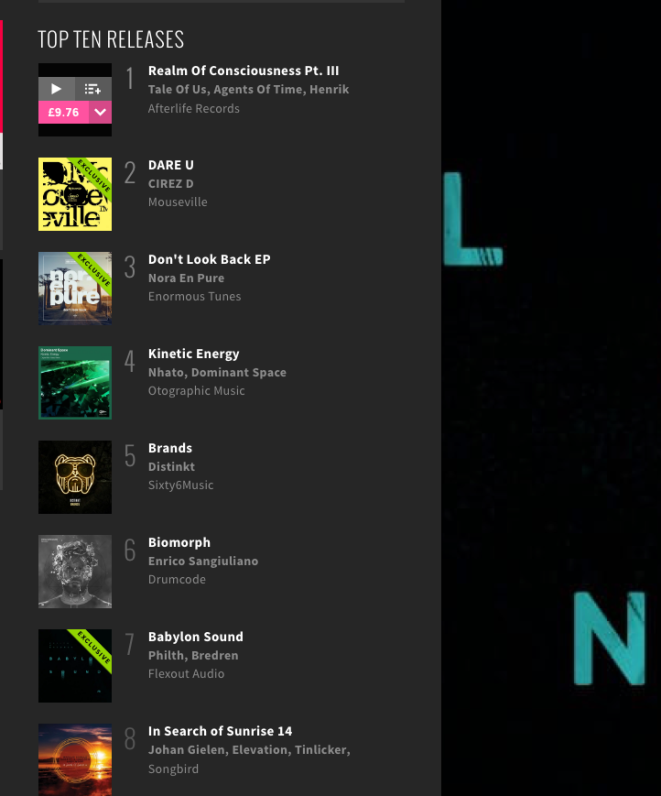 Amazing for a release that is 4 no-nonsense steppers on a label outside what would be considered the ‘big labels’ of our scene. Again, thanks everybody supporting. If you haven’t got the EP yet have a listen above and you can purchase it on Beatport:

Last week I was invited to play a guest show on the legendary Kool London. I’ve been listening to Kool for 20 years so it was an honour to talk about my music and mix live on the airwaves. I want to say a huge thanks to Chef for bringing me on as his special guest.

The show is now up on Mixcloud. Listen back to hear some of my forthcoming music on Peer Pressure Records, Flexout, AutomAte Spearhead Records and Dispatch Recordings.

This is also the first set where you can hear my forthcoming collabs with Collette Warren, Riya, Fats & DRS, and Agman Gora. Tonnes of new music!

I was asked to record this month’s Dispatch Recordings label mix… I rammed it full of as many tracks as I could squeeze into an hour, mostly fresh music but a few classics as well. The rolling Dispatch sound.

I’m very happy that the second Logarithmic LP is nearly here. Some of you may remember ‘The Sign’ ft Dubz D on the first album last year. This time around I have two tracks on the album – the eagerly awaited ‘Murderation’, and ‘Reflections’, a collaboration between myself, Retraflex and Mystic State featuring Hannah Eve on vocals. Check the album teaser and see if you can spot my tunes!

Just one week to go until the first Peer Pressure party. I cannot wait to let off the new music I have been working on!

Massive thanks go out to everybody who came to my launch party at Plan B! The video is now online for you to watch – look out for your smiling faces!

My first release this year is now available in all online stores – The Beasts on Flexout Audio. 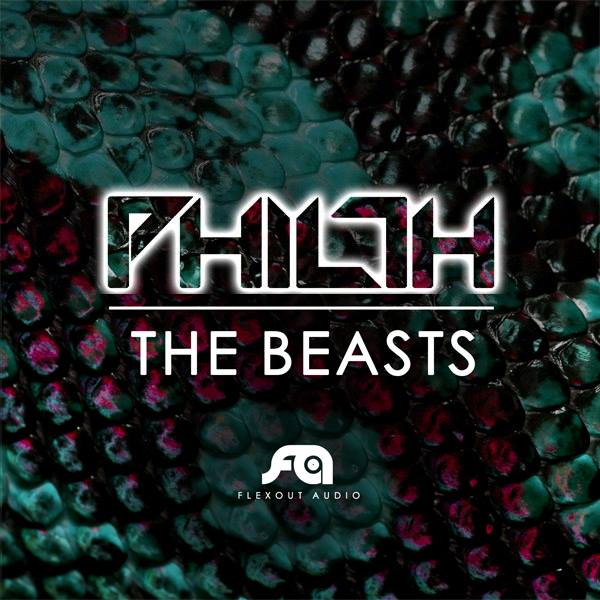 On Sat 18th January I am hosting a very special party at Plan B in Brixton – celebrating the launch of The Beasts on Flexout Audio…. 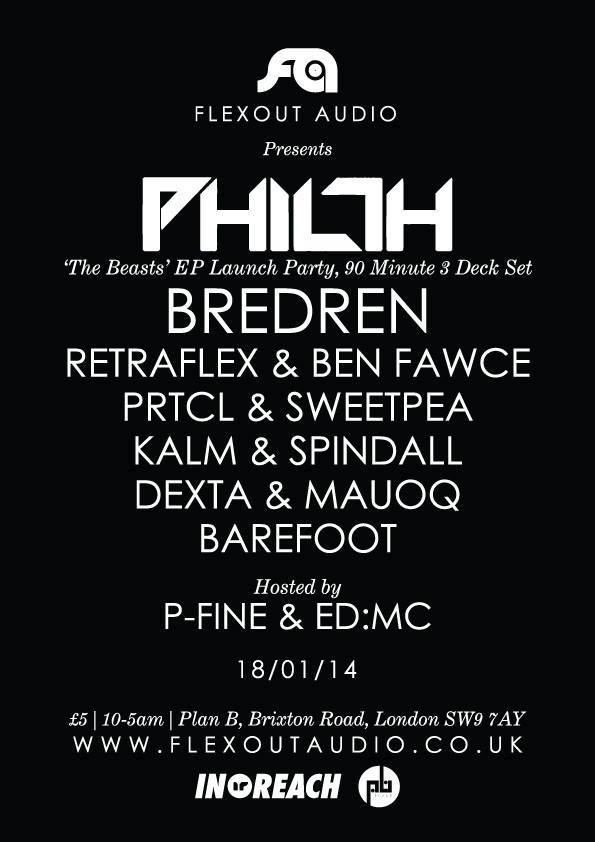 My set on the night is being hosted by the Midland’s finest, MC P-Fine. We’ve teamed up to give you a VIP vocal remix of my track Shadows, and it is yours to download for free. Just enter your email address after following the link below, and turn it up LOUD!! 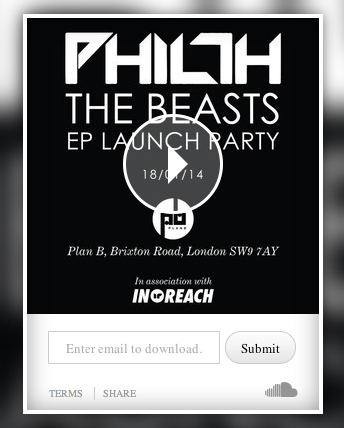 I can’t wait for the launch party – see you at the bar!!

Before you can move forwards, you have to look back – and 2013 was an eventful year! I released a lot of music, played some amazing gigs, signed to an agency, and I feel like it was the most productive year of my career to date. I’ve taken some time to look back on all the music I released in 2013. Thanks for your help making it happen!!

I kicked off the year with a look back at my favourite tunes of 2012. This mix proved to be very popular, and I’m currently working on this year’s instalment.

In February I dropped another studio mix, my Past, Present, Future in association with Core Mag. You can read the interview and then check the mix.

After a quiet March (apart from a fantastic gig at FRACTURED FOUNDATION) I released my first tune of the year in April – my remix of Subterranean Wastelands by Eleven8. This remix earned me the title of the ‘Remix Champion’ as named by Tom Retraflex, and also my favourite review of the year from the guys at Kmag:
“delightful, almost comically grouchy low-end action – the bass on this bubbles like some kind of horrendous mixture boiling in a witch’s cauldron, occasionally spilling over in sloppy splatters of wobble and whomp. First-class. ”

I kicked off May with the release of the first of many collaborations with one of my best friends – WRECKLESS!! This was also my first release on AutomAte, massive shout to George and Steve.

I ended May with a very special project, released on US label Soul Deep. The Heart Songs EP was two years in the making, and is a collection of songs that really show the deeper side of my sound. Telling stories at 175bpm.

June was a huge month for me. I played at Genesis Nights on my birthday, and ate my birthday cake with my Mum in the garden at Fire. However my favourite gig of the whole year happened the week before. Much love goes out to the NME Click who flew me over to Germany for a fantastic weekend.

I also released a lot of music in June. I started the month with Submarine.

There was also the VIP mix of Cold, which you can download for free.

Then I also released two tracks on the Flexout Audio LP – Logarithmic. What a month!!

Amazingly it wasn’t until July that I returned home with a release for Peer Pressure. I was very happy to be given the parts to remix one of my favourites from 2012 – Hungry by Facing Jinx. We splashed out and made a video as well. I am a hungry chap.

There was another major event in July. I’m very happy to be signed to Empress Artists, and huuuuuuuge thanks to Lucie for all your hard work behind the scenes. We have a lot planned for this year…..

In August it was time for volume 2 of the Breaking Ground series on Peer Pressure! Wreckless and Styla delivered two outrageous tracks. I’m very happy to be included on this release.

In September I was back on Automate, once again alongside Wreckless. Overload was played on Kiss by DJ Hype – an inspiration to me since I was 10 years old. That makes me very very happy.

In November I released a collaborative project with Agman Gora. Techstep meets punk. Nightmare Box is available to download for free on my Soundcloud page, but there is also a HUGE J.KENZO REMIX!!

My final release of the year was back on AutomAte. George commissioned a quite simply ridiculous Poison remix by The Sect, then the ninja tactics of Fortitude.

Looking back, that is a lot of music. Massive thanks to all the labels involved, the DJ’s playing my music, but most importantly thanks to you guys for listening! It’s been a great year – but 2014 is going to be even better.

Keep Saturday 18th of January free! My friends at Flexout are releasing my new EP, and we’re celebrating with a party at Plan B in Brixton. I cannot wait to get all my friends together in this intimate venue. Party time!

Early bird tickets are only £3, hurry up and grab them while you can!